This guide describes how to configure the Atlas build system for your applications.

Setting a custom version of Node.js, npm and Yarn

To set a custom version of Node.js, use the engines field in the package.json file. For example, here is how to deploy your application using Node.js 16:

Note: Atlas builds use Semantic Versioning to specify the Node.js version. This can be used to specify a specific versions, a range of versions or a major version. If a range is used, ensure that an upper bound is set (e.g. <17.0.0) as the build may use the new node version unexpectedly. For example, a clean rebuild will clear the cached version of Node.js.

The version of Node.js in use on your builds can be found in the build output:

To see what version of Node.js you are using on your local machine use the following command:

You can set a custom version of npm used in Atlas builds in two places. The first is the engines field in the package.json file. Similar to Node.js versions above, Atlas uses semver to specify the version used. Here is how to set it to use the latest version of npm v8:

An alternative way to set npm is to use the packageManager field in the package.json file. Note the difference in format compared to the engines field above where the version must be an exact version of npm:

The version of npm being used on your builds can be found in the build output:

To see what version you have installed locally use:

If the yarn.lock file is committed then yarn is used instead of npm to build your application. Currently only Yarn Classic (v1) is supported on Atlas builds.

If you want to set an exact version of Yarn use the packageManager field in package.json:

The version of Yarn being used on your builds can be found in the build output:

Use this command to see what version you are using locally:

It is recommended to commit your package-lock.json file to version control. Once committed Atlas uses the lock file to run npm ci to install package dependencies which builds your app with the same dependencies used in your local dev environment.

If the package-lock.json file is not present then npm install is run.

This is the command which is run to build your application. Custom build commands can be set on Atlas and per environment.

The build command can be configured 3 ways. In order of priority they are:

Below is an example of how to set each build command:

The start command is run to start your Node application once it is deployed. By default Atlas runs the start script in package.json. This can be overridden by setting the ATLAS_START_SCRIPT environment variable. For example, ATLAS_START_SCRIPT=start-dev means next dev will be run instead of next start with the package.json below:

Rebuild an environment via webhook

To generate a webhook that will rebuild your Atlas environment when triggered, visit the environment settings page and click on the Settings button:

This creates one webhook with 2 Webhook URL options: Rebuild and Clean Rebuild; The Clean Rebuild will clear all cached assets, but is otherwise idential to Rebuild. Copy one of the webhook URLs to use in your custom workflows: 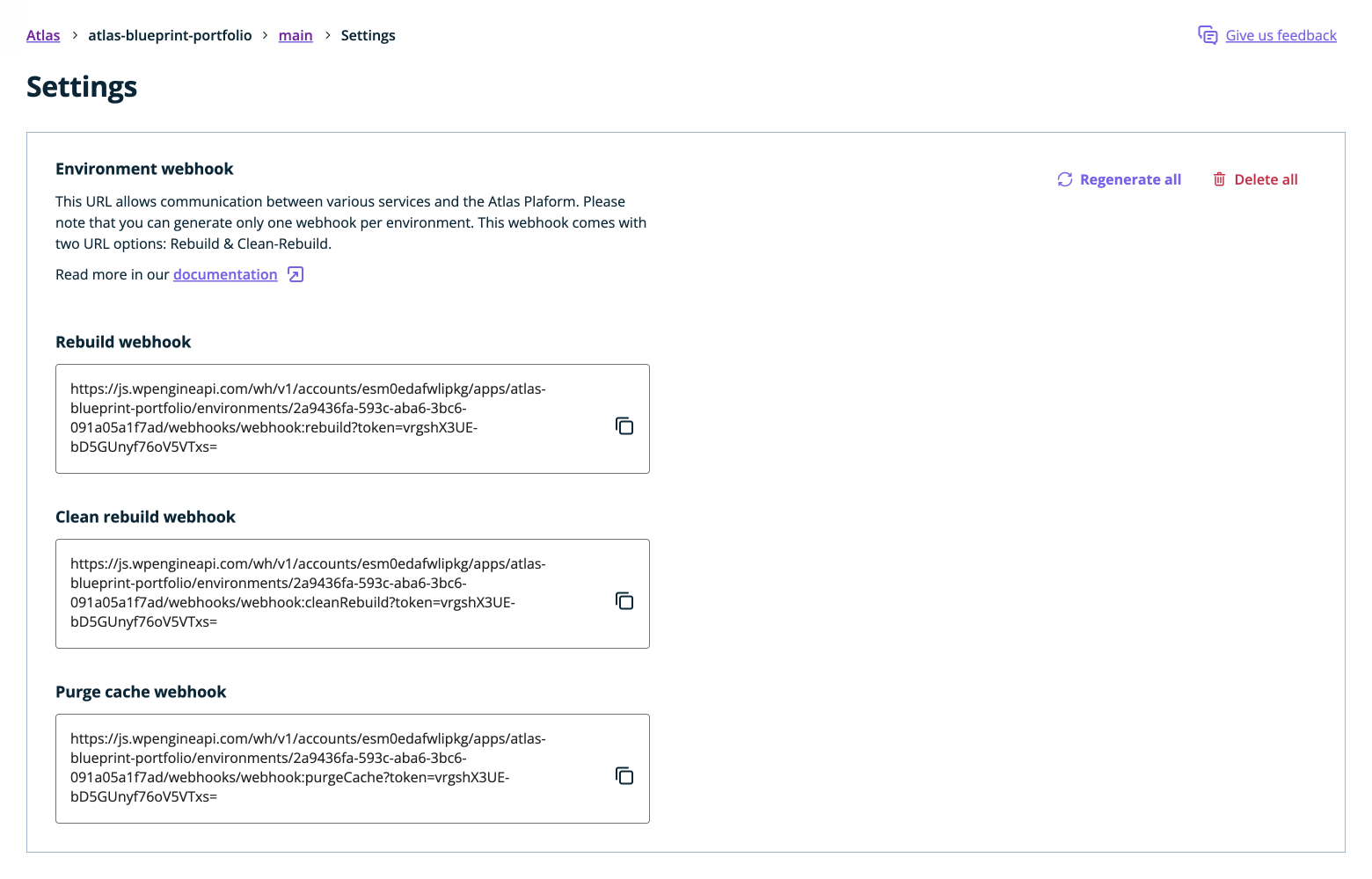 Once generated, you can use this URL to configure a WordPress plugin that can trigger your webhook based on certain WordPress actions, like adding a new post or page. Examples of such plugins are JAMstack deployments and WPGatsby.

If for any reason you want to regenerate the webhook URLs so that old URL will no longer trigger rebuilds, click the Regenerate all button and confirm your action: 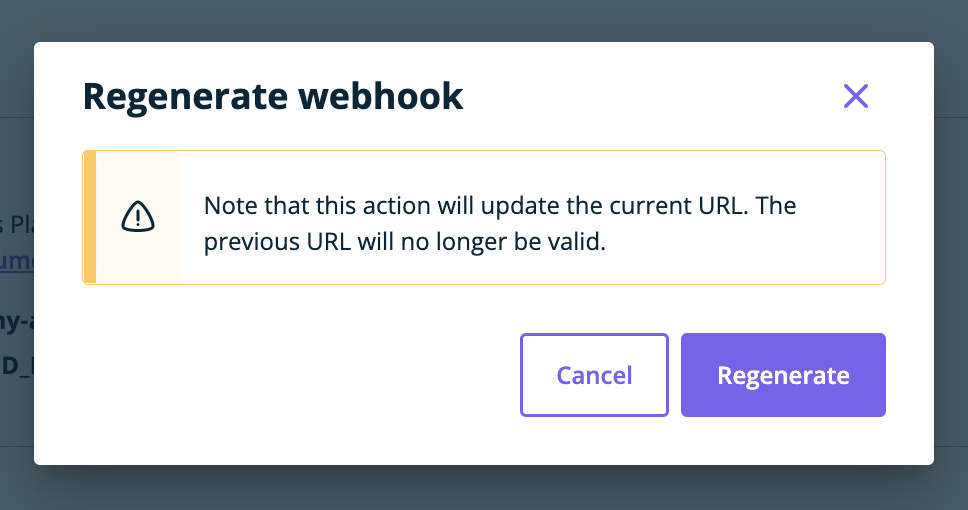 To delete your webhook, click the Delete all button. If you do so, the URLs you previously used will no longer work when attempting to trigger a rebuild.

The folders that are cached currently are:

If any of the above folders are in the projects root directory at the start of the build, the build will not override them.

Performing a clean rebuild will remove any previously cached files. For instructions on how to perform a clean rebuild you can reference the guide on troubleshooting builds.